Zorro, Puji and some cockerels without a name

I love Zorro. He hasn’t had it easy in his short life. He grew up in a group of six:  two big white cockerels (Rocky and Scruffy, who has since succumbed to Marek’s), two large hens, a small frizzle Cochin Bantam hen and himself. The Cochin Bantam hen, Ginger, was lost at an early age to a predator. So he was left as the only small one in the group.

As cockerels grow older, they fight to confirm their position. For Zorro it was quite a challenge against two large cockerels. As long as there are no serious injuries, we prefer to let the cockerels sort things out themselves. It doesn’t seem to take long and once it’s settled then peace reigns for a while. Zorro eventually had to accept his position, although he can’t resist challenging from time to time.

Zorro lived happily with his henfriend Lady Jane. Every morning they left their sleeping quarters and spent the rest of the day by the old cowshed. When the sun started to set, the two wandered back to satisfy their last remaining hunger on the grains that were ready waiting for them and then they cuddled up together on their perch.

However also Zorro  didn't escape from the horrors of the virus of Marek's disease. In June 2010 he became blind and later  got a balance disorder. He was put to sleep on 23 July 2010.

Zorro is a frizzle Cochin bantam. 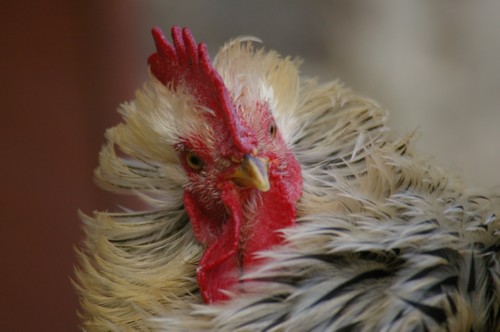 Finally Puji. Let me begin by saying that Puji is no more. He was very sick, we suspect probably with Marek’s. So, on September 1, 2008, we had him put to sleep under anaesthesia by the vet.
Puji was born on August 27, 2005 together with 4 Cochin Bantam hens and his brother Pasja. He and Pasja had to share the 4 hens, but it was not always easy. They have fought each other quite a lot. Usually it turned out fine, until their last battle. Pasja pecked him quite badly in the eye. From that moment Puji was blind in one eye. Puji and Pasja could no longer be kept together in their run. After that battle Puji hid away. Nothing could be done other than to move Puji from the henhouse.

At about the same time our hen Lillie lost her buddy Cyzzle in a tragic accident. She also had problems with her eyes. As cockerels do, Cyzzle always made sure that the half-blind Lillie still got enough to eat.
I was at my wits end, until I got the idea to put Puji and Lillie together. We quickly organised a cage for them and from then on, the two of them came into the house every night.

Piju was very sensitive, sweet and gentle. You could easily pick him up. He was also very nice to Lillie. He blossomed completely. However, I did get the impression that he had been a bit traumatised after all those battles. Every time a cockerel came near him he began to tremble.

Then in August 2008 Lillie died. I saw that Puji missed her. Now he was sitting alone at night. A little while later he began to tremble even more. Also I saw that every now and then he lost his balance. Until three days before his death he still was sitting and crowing in his cage. Then it was suddenly over. He had blood in his stools. A lot of blood. He couldn’t go on. It was Sunday so I could not call a vet. I gave him some aspirin and a tranquiliser. The next morning I was able to contact the veterinarian. A few hours later and he was gone. Finally released from his hard duty of being a cockerel.

Puji is a frizzle Cochin bantam. 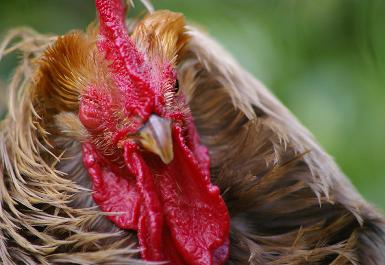 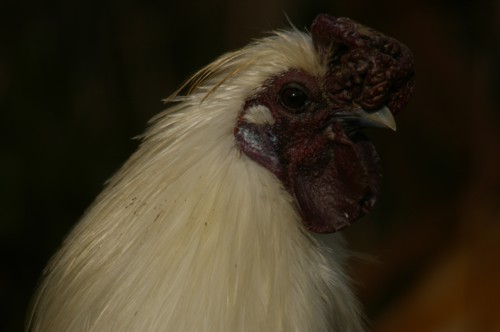 last but not least these cockerels belong to friends of ours. One is a Silky, the other a Brahma and the third a Marans. 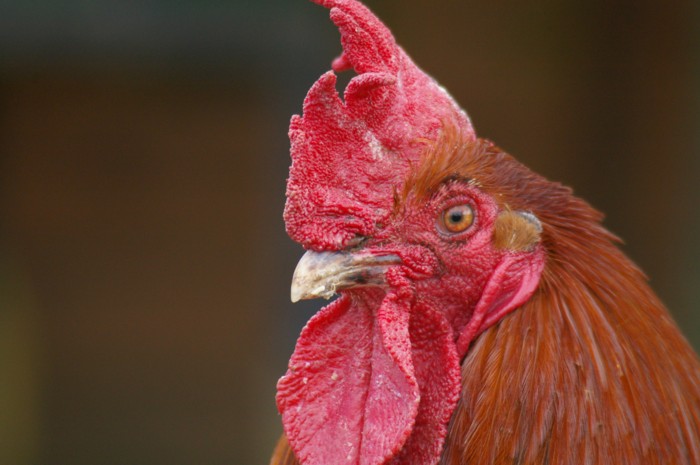 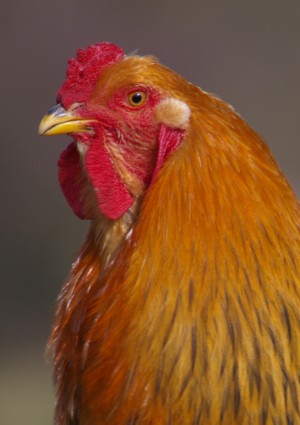